Popularity over the Years – 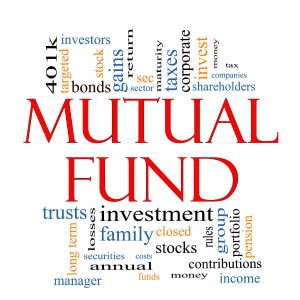 The origin of Mutual Funds can be traced back to the late 18th century in the Netherlands, beginning as closed-end funds pooling assets created for specific purposes.  Part of the original idea was to make the investment available to a larger audience by offering multiple shares in the pooled assets.  The idea of the closed-end fund took hold over the next century in Europe and Great Britain and finally made it to the United States in the late 19th century.

The modern era in the U.S. for the Mutual Fund began in the 1920’s, but Mutual Funds didn’t really catch on for the retail investor until the 1980’s.  From there, the popularity of the Mutual Fund grew as people became more investment savvy and connected with the financial world, at least from the outside looking in.  Even in the post 2008 market crash era, after recovering from the shock, people are again investing in Mutual Funds, happy to leave the management of their investment in the hands of hired managers.

Investing money in a Mutual Fund managed by a professional is very popular today and is the path of least resistance to “investing” for the general public.

For people who don’t have the time or the inclination to study investing and the financial markets, this approach, on the surface, makes sense.  Young people can use this avenue as a starting point for establishing an investment program and learning more about the whole process.  And, because of this perceived appeal and the lack of good financial education for the general public, Mutual Funds make up a large portion of the passive investment programs being offered by the institutional marketplace.

A Question of Risk –

Besides allowing investors to participate in a wide variety of assets, Mutual Funds also offer reduced portfolio risk through diversification of those assets within the fund.  Funds can have hundreds of securities in any particular fund, depending on its purpose.  This may allow for spreading risk across many securities to mitigate exposure to events affecting individual securities, but it does little to reduce market risk.  Consequently, Mutual Funds will lose value when the general market goes down, and they could suffer more pain, if an event affects the goal or purpose for which the funds were established.  In fact, more diversification has a negative effect on the funds by bringing performance closer to mimicking that of the general market.

The end result is: Mutual Funds are at the mercy of the market they’re in, and no amount of diversification can reduce that risk.

Other Characteristics of Mutual Funds –

Although Mutual Funds have their place for certain applications, self-directed wealth builders would be at a disadvantage using Mutual Funds to control their financial destiny.  Just being at the mercy of the “market” is enough to put Mutual Funds low on the list of viable wealth building Vehicles.  Other restrictions add to the problems, including:

The cumbersome nature of Mutual Funds and their restrictive characteristics fly in the face of controlling your financial future and the basic mission here at The Diversified Trader.  To make any sense out of owning Mutual Funds, you would have to trade them to try and reduce market risk; so, why not trade the modern way with ETFs, Stocks, and Options, where you control your destiny.  ETFs, especially, can replace mutual funds very easily and can be traded just like individual stocks, without the single stock event risk.  Go to Exchange Traded Funds to learn more.

As I mention in Get Started Creating Your Financial Future, Mutual Funds will not be considered in any of the wealth building plans offered, basically because they don’t fit into the lifestyle of a self-directed wealth builder.  Managing your Wealth Building Plan by diversifying your Style and Method of trading, instead of by asset class, will produce returns that far outstrip market returns and, by extension, those of the Mutual Fund industry

If you’d like to expand your horizons and truly get control of your financial future, learn how You Really Can Manage Your Own Money by developing a Wealth Building Plan with The Diversified Trader that will diversify your Style and Method of building wealth and not tie your financial destiny to the market.

There Is a Better Way

When You Begin Your Journey

Sign Up to Keep Up – For on-going education and critical updates for your financial success.